We are pleased to announce the winners of the 2022 W. Edwards Deming Award

This year's Deming Award is being presented in two categories - Human Capital Management and Agile Management. We are proud to recognize your federal peers and their Deming Award-winning projects that illustrate Deming's principles and the strength and power of adhering to high quality standards — especially during this unprecedented time in our nation.

Meeting the Challenges of Leadership

Graduate School USA presents the W. Edwards Deming Outstanding Training Award to a federal, state or local government organization that exemplifies excellence with an initiative or project that focuses on enhancing quality processes within that organization. Recipients of the Award have demonstrated innovative training through a workforce initiative that has measurably benefited their organization. Deming Award winners are unique because they recognize that in order to succeed, an organization must embrace a sincere desire to achieve through a commitment to high-quality in all that they do. They also understand the importance of teamwork and the success that comes with empowering all parts of the organization.

Graduate School USA uses the bald eagle as the symbol for our Award to illustrate the strength and power that can be associated with adhering to high-quality standards. The eagle is also known for its sharp eyesight, a characteristic that is emblematic of having the foresight to embark upon initiatives that have the potential to transform an organization for the better. The Award is named after a man considered by many to be the master of continual quality improvement — W. Edwards Deming.

Since 1986, there has been a shortage of professionals who are experienced with the regulations and practices needed to design, regulate, and use nuclear material packages.  To encourage more professionals to obtain the skills needed to successfully enter and advance in the nuclear packaging industry, the DOE Office of Environmental Management’s Packaging Certification Program (PCP), the University of Nevada, Reno (UNR) and Argonne National Laboratory collaborated to develop 14 courses, taught by world-class subject matter experts at 5 DOE National Laboratories, as well as a unique hands-on internship program.  Students who successfully complete these experiences earn accredited university graduate units.  The university-DOE-lab collaborators also developed two graduate certificates, one in Nuclear Packaging and the second in Transportation Security and Safeguards.  Each consists of required coursework that experienced stakeholders believe is essential to the topic and electives chosen by students according to their personal interests and needs.  Since 2017, over 100 students have earned graduate credit in courses, and seven have completed graduate certificate.  All seven are currently employed or interning at DOE sites in nuclear-packaging-related topics.  In the past two years, the rate of certificate completion accelerated, with four of the completions in Spring 2022.  Motivated by this success, the collaborators are working to develop seven new courses, including ones taught at two new National Laboratories, and determining the feasibility of a research-based Master of Science in Nuclear Packaging.  They are also conducting course instructor training, assembling a council to assess and continuously improve the program, and sharing results by presenting papers at international conferences.  These statistics and activities show that this educational program is developing the next generation of highly qualified nuclear packaging professionals.  It is also supporting the DOE’s and related industry’s environmental management missions, as well as UNR’s educational mission.

The JATO team focuses on devising, testing, and optimizing the weapons that are the jamming waveforms for the EA-18G Growler. JATO also assists in researching, developing, testing, and evaluating jammer upgrades and new jammers.

The COVID-19 pandemic proved to be exceptionally challenging for the team. JATO was forced to reevaluate how to be productive under restrictive environments while working in classified workspaces.

During the national health crisis, teams quickly shifted their long-standing practices and procedures, while continuing to focus on organizational mission objectives. The 2021 Deming Award was presented in one category — Innovation — with a focus on two areas: Human Capital Management and Technology.

Find out about the 2021 Deming Award recipients. 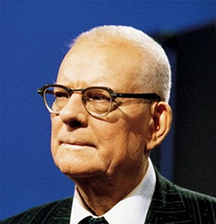 W. Edwards Deming: His Legacy and How His Teachings Can Lead to Mission Success for Your Organization

W. Edwards Deming, Ph.D. was a renowned scholar and teacher in American academia for more than 50 years. He published hundreds of papers and books covering topics from statistical variance, to systems thinking, to human psychology.

Dr. Deming, who believed that organizational “sharing” should be the theme, promoted the concept of a “we” organization rather than a “me” organization. He taught that transformation “is everyone’s job,” and that businesses seeking change must make a long-term commitment to new learning and new philosophy. He leaves a body of work that has been described as “the third stage of the Industrial Revolution.” His teachings engaged all levels of employees in regulating quality control.

The Deming System of Profound Knowledge® (SoPK) is the culmination of Dr. W. Edwards Deming’s lifelong work. It is an effective theory of management that provides a framework of thought and action for any leader wishing to transform and create a thriving organization, with the aim for everybody to win. By management appropriately applying the principles and practices of SoPK, a business can simultaneously reduce costs through reducing waste, rework, staff attrition and litigation, while increasing quality, customer loyalty, worker satisfaction and, ultimately, profitability.

SoPK ties together Dr. Deming’s seminal theories and teachings on quality, management and leadership into four interrelated areas: appreciation for a system, knowledge of variation, theory of knowledge and psychology.

Successful training is training that reaches all parts of an organization, addressing its specific needs and enabling teams to reach unprecedented levels of success. Dr. Deming’s theories and teachings can have a tremendous impact, encouraging the kind of continuous professional development that allows individuals within federal agencies to work together to achieve their organization’s mission objectives.

Dr. Deming was a statistics and mathematics instructor at Graduate School USA from 1932 to 1939. During that time, he edited a series of lectures delivered by Walter A. Shewhart, Statistical Method from the Viewpoint of Quality Control, into a book published in 1939.

While working with Shewhart, Dr. Deming found great inspiration, and began to move toward the application of using statistical methods to industrial production and management. These ideas influenced Deming in crafting curriculum for the Graduate School and influenced his ideas on Total Quality Management, which he used in later years.